Showing posts from June, 2012
Show all

Why Did God Let My Baby Die? 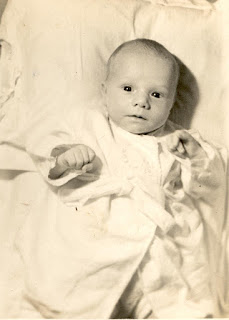 
To be fair to the historical record, it's possible this is a photo of my younger sister. Mum and Dad aren't around any more to edit the captions in the oldest of my 120 photo albums so this picture has become, for me, a memento of Ian George Hunt, my brother.

Ian was born on the 31st July 1953. He was named for his father (Ian=John) and his grandfather, George. Our mother, Jean, nearly died having him. And when Ian died seven weeks later, a significant part of our mother seemed to die with him. He was found, dead in his cot, on the morning of 24th September 1953. In those days no-one seemed to know why. They just called it "cot death".

There's a small group I go to each week. We are reading and talking about the book of Job. The one in the Bible.

For any of you planning to race off and read Job (pronounced Jobe as in Jobe Watson, Captain of Essendon), here is a SPOILER ALERT. Job is a thoroughly good bloke which is something Satan rather dislikes…
Post a Comment
Read more 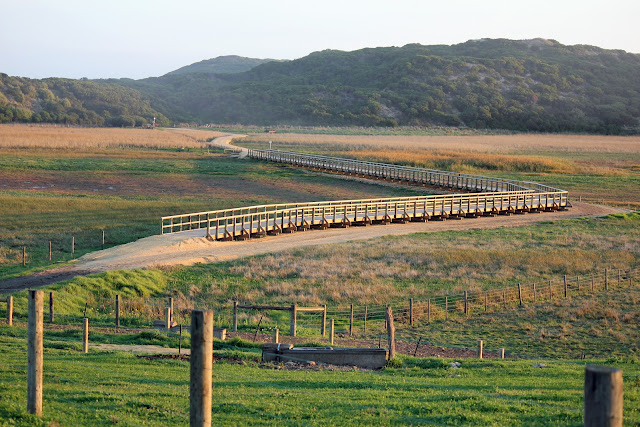 The final piece of the Warrnambool to Port Fairy Rail Trail was officially opened this week. So now, if you don't get lost at any of the various intersections that look alarmingly like alternate routes, you can cycle from Warrnambool railway station to Port Fairy via Koroit. And, for the most part you are on the old railway line.
So this picture (above) is the new bit. The trail out of Warrnambool does not actually follow the railway until you get up closer to Koroit. Instead it follows the old spur line past the defunct Woollen Mill. Here's a picture of the once glorious mill rail station ...
... now being slowly converted into a high-density housing estate with, for some, nice views across Lake Pertobe.

From here the rider can take a variety of routes. There is a short-cut just beside the mill that takes you through to the Merri Creek which the trail follows as far as the edge of town, whence it runs alongside the road as far as the knackery. We recommend not dallying there,…
1 comment
Read more
More posts